It’s that time of year again for massive 1-day summer fests hosted by the hottest radio stations in the country!! This year, Los Angeles’ Power 106 is proud to present Powerhouse 2018 – featuring huge headlining acts N.E.R.D, Logic, and A$AP Ferg among many, MANY more of the biggest names in hip-hop, with more yet still to be announced!! It’s going to be a truly epic event! Get your tickets now before they sell out and bring water and a lot of energy on the day – you’re going to need it!! 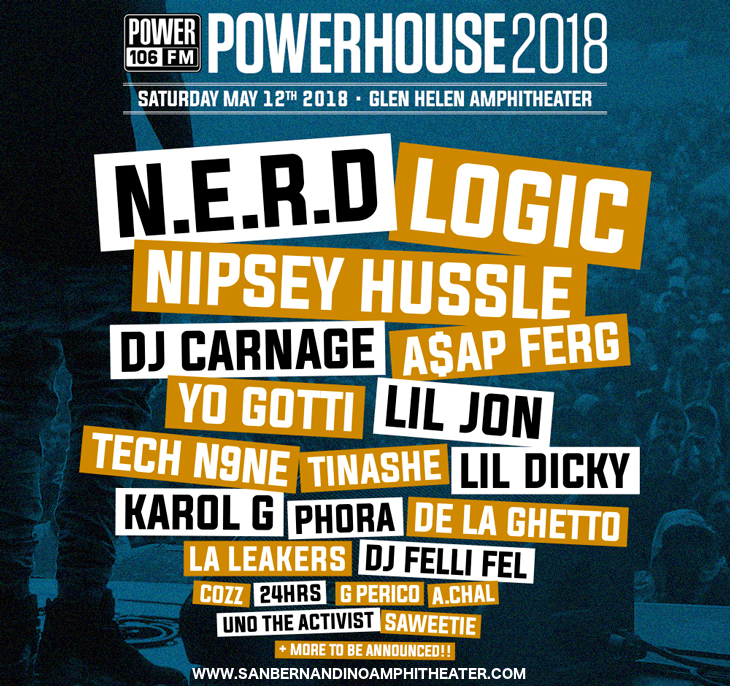 The festival will have two stages and a festival area. The biggest acts will perform at the main stage, while the New @ 2 stage will host performances from the hottest up-and-coming names in hip-hop. The festival area will offer a host of activities including psychic readings, games, body painting, graffiti artists, fairground rides, and a range of food and drink as well as the Power Party DJ tent.

It’s going to be a day of non-stop music you’ll remember for the rest of your life – so don’t delay, get your Powerhouse 2018 tickets TODAY!!